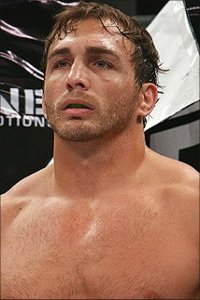 “I have always had an interest in styles versus styles type fights. I always felt the wrestler had the advantage due to our toughness and strength. I started doing BJJ to see what it was about. It was interesting to learn grappling from a different perspective. So I would enter tournaments when I lived In Pennsylvania and would do really well. Actually, my first grappling tournament was the Arnold Worlds in 2001. I entered the pro division and didn’t even know what a triangle was. I won my first match against some tough judo guy from Orlando, then I was winning against this brown belt and with a minute left he put me in a triangle. I went to pick him up to slam him and the referee told me not to slam him and I had to tap. I was sooo mad [laughs]. source : www.bloodyelbow.com 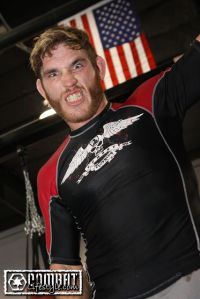 A Massachusetts native now making his home in Orlando, Tom Lawlor was a three-time National Collegiate Wrestling Association National Champion for the University of Central Florida. After taking jiu-jitsu classes back home in Fall River, he began in MMA. His favourite grappling technique is the d’arce choke. Tom turned pro in 2007. After winning four of his next five fights, he earned a spot in the house for the 8th season of The Ultimate Fighter. He currently have a BS in Social Studies Education from the University of Central Florida. Lawlor have also taken classes towards a MA in Sports & Fitness. He used his college degree as a High School History teacher for almost 2 years.

Luanna was one of the great names at BJJ world championship held in the Walter Pyramid in Long Beach California this year. She is the perfect example that hard work is the best way to get to the top. And in her case, on the way to the top was Kyra Gracie.
It is very difficult and at the same time very stimulating for an athlete, specially a fighter, when you one day in your career face an icon of your sport. Kyra Gracie is the biggest name on Bjj for women now, but Luanna Alzuguir had to face her not one but two times: First time they fought, Kyra won in a very close fight winning only by two points earned in a take down very contested by Luanna. After that Luanna knew that they were to face again and she trained harder and told to anyone that would listen that she was going to get to the top , and she would rematch Kyra, and she was going to win. Her chance came this year at CBJJ World Championship at the  light-weight division final. As expected, Luanna did a flawless fight and brought the balance back by bringing the score to 1 x 1. ADCC Barcelona 2009 is a good chance to one of this two fighter step ahead again.

Take a look on the video below to see the hard work Luanna is doing for ADCC Barcelona 2009: 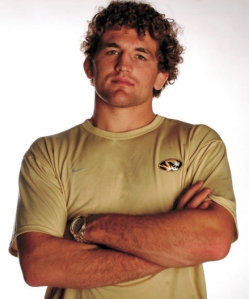 Askren is the most decorated wrestler to ever come from the University of Missouri. He was a four-time NCAA finalist, winning the 174-pound crown for the Tigers in 2006 and 2007. Those same years he also won the Hodge Trophy as most dominating college wrestler. While at the Columbia, Missouri school, he scored at record-setting 153 wins, 87 coming consecutively during the course of his junior and senior seasons, 91 career falls and 29 single-season pins. He was also a three-time Big 12 champ.

Askren has taken this season off from wrestling and has focused on mixed martial arts. He’s won his first two fights and has another fight coming up later this month.  He also plans to compete in a big grappling event that is coming up in Europe.   source: www.examiner.com

“I got big news this mornign that I got invited to the Abu Dhabi Combat Championships, which is the biggest grappling tourney in the world. I am pumped, but I gotta get real good real fast or I wll get my ankle torn off. It will be in Barcelona on Spet 26.” http://www.benaskren.net/blog/post
Posted in MALE, under 76.9 Kg. Tags: 174 pound, adcc, barcelona, big 12 champ, europe, hodge trophy, ncaa, olympian, pins, usa, wrestling. Leave a Comment » 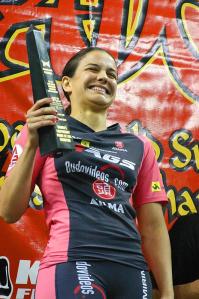 Three times world champion, Kyra Gracie experimented a different sensation in 2009: Hitting the beam in weight and in open class, the fighter left California with two silver medals in the bag. She is one of the few Gracie women to achieve a black belt in BJJ, and is the first Gracie female to actively compete in the sport. She is currently living in the United States, where she is associated with the Renzo Gracie Academy in New York, and the Gracie Barra Academy in Lake Forest, California. She is also associated with the Gracie Barra Academy in Rio de Janeiro.
Kyra had an injury in the back last year. This is why she didn’t fight the Brazilian Championship, saving herself for the ADCC in September. She knows she’s going to meet tough fighters like Michelle Tavares and Hillary Williams.

About the BJJ World Championship 2009: “It isn’t just Luana Alzuguir that wants me. Everybody wants to beat me, right?”